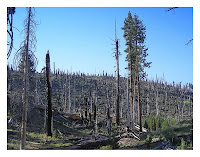 Wow, Mark, gorgeous. You captured such beauty there. Who'd guess that rock and water could be so colorful and alive?

Thank you for risking life and limb for this one! :o)

such a ridiculously beautiful waterfall and pic

If i remember well, the first comment you left on my blog was about waterfalls and you said it was one of your favorite subjects.

This one is beautifully composed and we can devine and feel the *vapor*.

Russ, Holly:
It's not really that hard to get to.. in the summer you'll see families with kids enjoying the water and having picnic lunches. Climbing on the rocks with a tripod trying to avoid the spray is the hardest part.

Donnie: thanks a lot.. good luck with your book. I'm curious to see it... great idea.

Patrick: I do love waterfalls.. they are each unique and kind of rare around these parts, so you really have to search for the good ones, although they are usually pretty impressive when you do find them. Thanks.

another beautiful and stunning photo. I would have to show this to my husband, my cousin, my niece and my brother in law who all voted against my desire to continue to Rainbow Falls After Devil's Postpile last summer. When I told them we continue, they frowned on me, and said, "waterfalls again?" I guess they felt like they saw too many waterfalls in one trip already since we came from Sequoia and Yosemite and hiked to several waterfalls. I really like to go back here, next time.

ps....by the way Mark, I am now blogging here in blogger, no longer at Today

This waterfall is soooo artistic and beautiful. The flow is so silky smooth like a curtain with that serenity in the atmosphere

Excellent composition with the use of rock to complment the setting.

Breathtaking shot. I am particularly moved by the contrast between this waterfall and the starkness of the burned landscape

Well worth your efforts, Mark. I would like to see it with the rainbow.

I know how hard it is sometimes, to climb around these areas with a camera around your neck, toting other equipment, as well.

You know of a lot of good spots. Maybe you should do a book on scenic places of interest in the USA?

Betchai: Sorry you missed.. it's actually a highlight of the area. I got nothing useable of the Postpile itself.. totally wrong time of day when we got there. Next time I'll know. Minaret Falls is fantastic also, but had similar problems there, although I might post one of those. Looking good on the new blog.

James: Thanks so much.. You've been showing some great waterfalls lately, too.

Hi Michelle: I didn't talk much about that, but the sheer size and scope of the burn area is really scary to see after the fact. You realize the uncontrollable power that can be unleashed in an area like this so suddenly.

Lynda: Thanks.. I've been trying to think of a workable theme for a book, but it wouldn't be on such a grand scale as that. I know my little corner of the country and fortunately it is a fantastic "little corner" but there are way too many places I've yet to explore if you extend to the whole country. Working on them one by one, though. Maybe National Geographic will call one of these days and offer to pay me to travel all over the world:)

WOW! Very nice. You did an outstanding job on this one!

wow such a beautiful falls...